"For years we've been tappin' in the dark, and without realizing we've knocked our head in a couple of time. Many many times we've been complementin' the SLOW SLUSHY BOYS on their good looks, their youthful charm and their energy and drive. Cheats! As an investigation by hartbeat! recently brought to light the Slow Slushy Boys have been using pictures their sons instead of their own. The whole thing came to light when the Slushy Boys released material that dates back to the days when they started - around 1962-1963 - but used a picture taken for their private albums at one of their recent rehearsals for the actual release of "Larsen 10 Fabulous Hits". Man, what we mistook for a gang of youngsters could indeed by our granddads ! And in case you choose to listen to the music...there's far out stuff, as becomes the time, soulful lounge stuff, jiving dancefloor music, when the dancefloor was still a dancefloor and not dungeon. Let's do the Shimmy, let's do the Hully Gully. I brought me granddad in to bring back some fond memories into his otherwise stale life and as soon as the first chords from the Hammond filled the room he took off his slippers a started slithering about my desk. You should haw a seen him when that fat brass came in, socks off and kickin' his heels. By "Putty In Your Hands", I had him on my desk, the stingy guitar seemed to finish him and soon he started singing "What's the matter with me, I can't hoochie coochie like I used to!". By "Welfare Cheese" I had him throwing about his pocket money, and by "Hully Gully WhelK" he was swingin' at the lamp. I woke up in hospital with my granddad in plaster from head to tú in the next bed, and I found my self humming "Early In The Morning" and heard him wispering "A-ha ! A-ha !" from time to time." (Hans-Jurgen Klitsch) (Hartbeat, Allemagne)

"...This 10" presents some of the most shaking and enjoyable r'n'r compositions you'll ever wanna hear from the Slow Slushy Boys. Every cut is a sure stomp and the 50's R'n'B early 60's influence are very tasty and enjoyable..." (Misty Lane , Italy)

"The 10" has been playing around my place and in my car for quite some time now. This is probably the best material I've heard from the group...." (Teenscene, Usa)

"... If you never saw them live, you'll never forget. They can win over every lazy crowd, believe me... The Slow Slushy Boys are one of the hottest 60's R&B band around..." (Sartorial Elegance Allemagne) 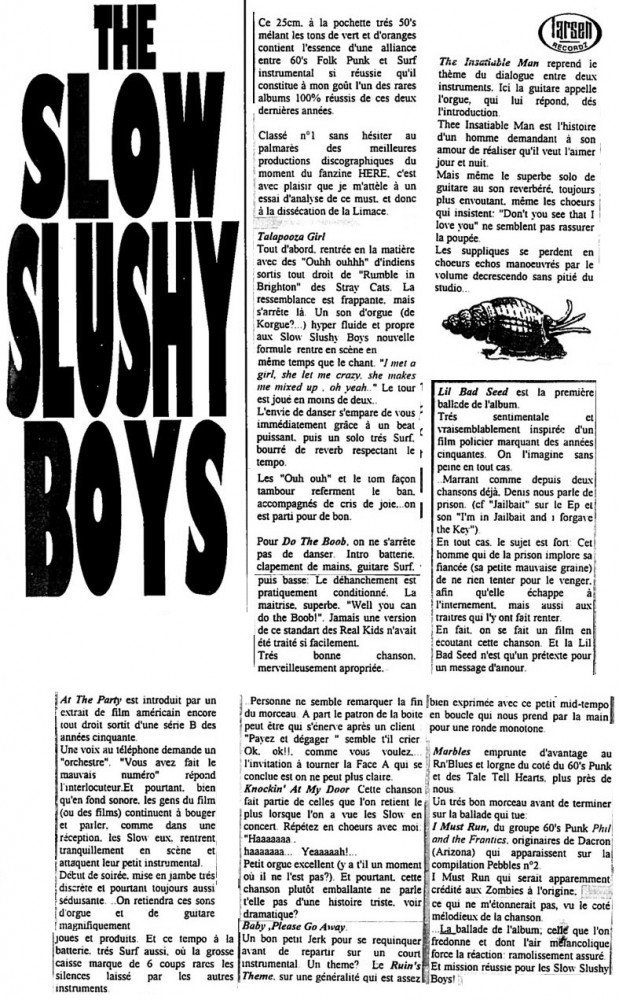 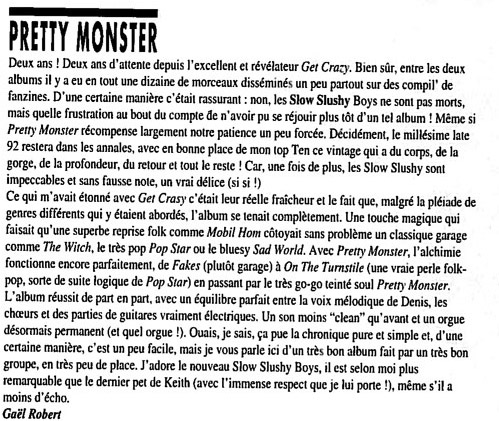 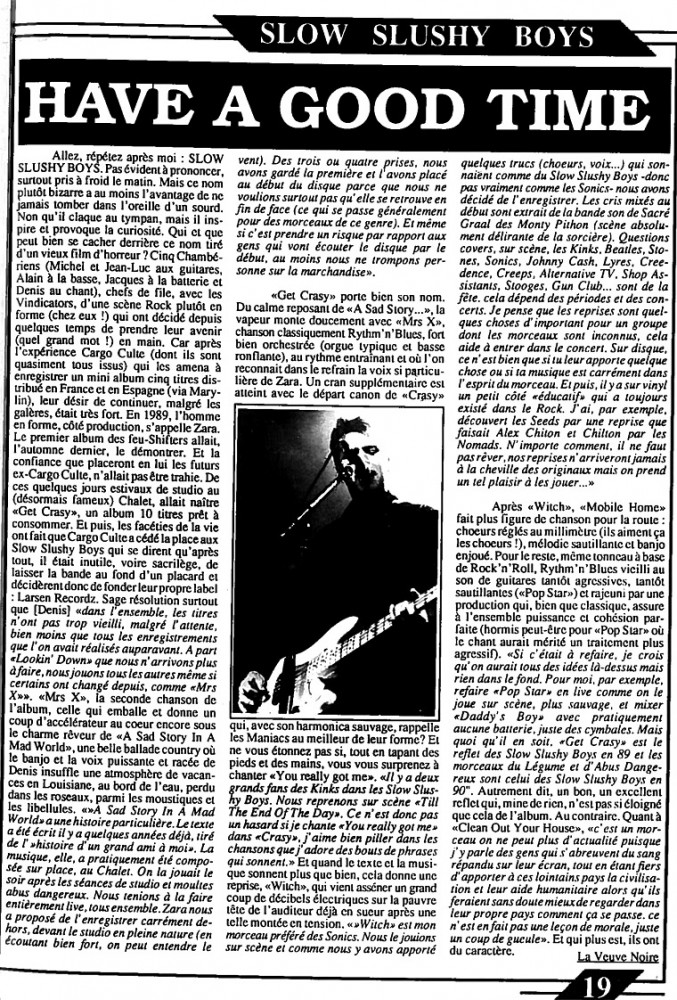 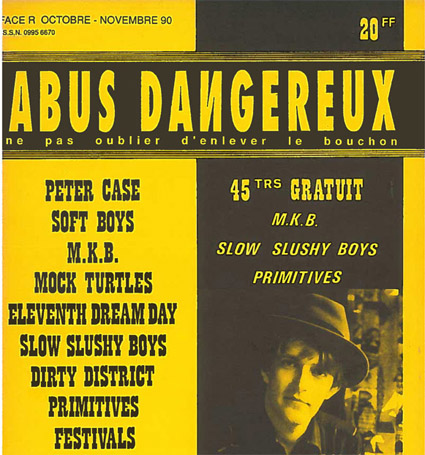